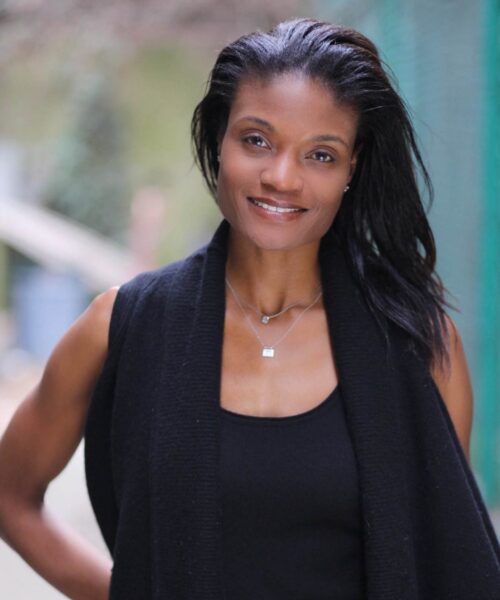 The 25 Most Creative, Intriguing, Talented, Giving

Each year we are excited and surprised by the amazing and fascinating people we discover who contribute to making Litchfield County the unique place that it is. Enjoy this annual list of the Litchfield 25—Edited by Joseph Montebello

Michelle Anderson Director of Childhood and Family Programs at EdAdvance, has been involved in numerous statewide initiatives dealing with children and families, homelessness, and education matters. She serves as the McKinney-Vento Homeless Liaison for EdAdvance and partners with local shelters to assist families in need. In 2019 she was named one of the First 100 Plus members in Connecticut for helping to improve the lives of women and children residing in domestic violence shelters.

John Bourdeau has created some of the county’s best places to dine and drink: Lucia Ristorante, Main Street Grill, Highland Brass Company, and the Owl Wine Bar. He sponsors many charitable events including the Flanders Farm-to-Table dinner and is the ambassador for Spring Hill Vineyards. He partners with Salvatore Anthony on the Pride in New Preston event. With new business partner Ryan Cangello, The Owl has recently been renovated and expanded.

Bob Avian, of Kent, is the Tony and Olivier Award-winning dancer and choreographer who has worked with major female stars Barbra Streisand, Katharine Hepburn, and Patti LuPone. Since he first danced in the original West Side Story, he has choreographed countless Broadway shows, including Dreamgirls, Sunset Boulevard, and A Chorus Line. He recently published his memoir Dancing Man.

Caroline Bossetti, who grew up in France, has created pop-up event spaces and salons in various places in Litchfield County. Several years ago she took over a derelict manufacturing space in the Oakville section of Watertown and turned it into Old Platform 6, a unique venue offering food, free Wi-Fi, monthly music events, and dancing—a place fostering creativity, camaraderie, and comfort. An example of how resourcefulness and talent is turning forgotten spaces into hubs of excitement.

Charles Atkins, MD is a board-certified psychiatrist, speaker, and author of numerous books. He has penned two textbooks on co-occurring substance use and mental disorders, and opioid use disorders, which are used nationwide. He is a volunteer faculty member of Yale University School of Medicine.

Architect Clifford Cooper has provided design services for numerous residential and commercial clients. He has been the driving force behind the success of the Litchfield Community Greenway. He has served as president of the Rotary Club of Litchfield/Morris, a corporator at Litchfield Bancorp, a member of the Town Hall Building Committee, and chairman of the transportation subcommittee for POCAD.

Judith Hogan saw the transition of the Visiting Nurse Association into the Litchfield Health & Wellness Resources during her tenure as president. She serves as secretary of the board of managers of the Maria Seymour Brooker Memorial. Additionally, she has served on the boards of the Litchfield Community Services Fund, the Litchfield Aid of the Connecticut Junior Republic, Women’s Forum of Litchfield, and theTown of Litchfield Social Services Committee.

Kristine Newell is a Litchfield County Regional Manager for William Pitt Sotheby’s International Realty. She created the “Escape to the Hills” campaign to help attract buyers to Litchfield County. Newell was named Manager of the Year in 2018 and 2019. Currently she serves on the board of directors of the Litchfield County Board of Realtors and volunteers on the board of Prime Time House. In 2019 she launched the Box of Gratitude, a small business that teaches how to share gratitude with others.

Barry Labendz moved to Kent in 2013 while starting Kent Falls Brewing Company, a long-planned venture with a group of friends and partners. When the brewery opened two years later it became Connec-ticut’s first farm brewery. He is passionate about beer, local agriculture, and building a community-oriented supply chain. As a founding member he sits on the advisory board of the Northeast Grainshed. On a personal note: he wonders if he can still play competitive Ultimate Frisbee.

Denise Warner Limoli has been associated with the Nutmeg Ballet since its inception in 1969, first as a guest dancer, then as teacher, ballet master, and advisor. She rejoins the Nutmeg as Senior Ballet Mistress after retiring from Skidmore College as Professor Emeritus in Dance. Her extraordinary knowledge of traditional, classical ballet, her dance experience, and her dedication to the art enable her to work with young dancers and bring them to their maximum potential.

Jason and Rene MacKenzie are the owners of Bohemian Pizza, now celebrating its 20th year. With its laid-back atmosphere, quirky décor, friendly waitstaff, and diverse menu, featuring its classic pizzas––it is one of the go-to places in Litchfield. The owners are committed to their community and have instituted a charity of the month for which they raise funds and awareness for various local causes, particularly during the COVID-19 pandemic.

John Newton, a former Time Warner executive, has been an angel investor in various start-up companies, including Bear Naked Granola, Bonobos, and local business M. LaHart & Co. He was on the board of the Litchfield Historical Society for many years and now serves on the board of the Connecticut Community Foundation and is a staunch supporter of the Oliver Wolcott Library.

Suzanne Paxton is a five-time Emmy Award-winning founder of Point Studio––a video, television, and live production company. Her clients include: ABC News/Good Morning America, CBS, CNBC, and AT&T. She was a nationally and internationally ranked fencer and a member of the 1996 Olympic team. She sits on the board of the Gunn Memorial Library and produced five videos for the 20th anniversary celebration of ASAP.

Jeffrey Lapham & Emily Mattina, executive director and artistic director, respectively, are the founders of Shakesperience, a nonprofit theater company with a mission to educate and inspire students, families, and theater professionals through the arts. Located in the Litchfield Hills, Shakesperience reaches a wide audience of adults and students alike with outdoor and in-studio performances, private acting classes, and school and camp tours.

Kimberly Ayers Shariff (lead photo) has spent more than half her career in the nonprofit arts sector and is currently chief administrative officer of American Ballet Theater. She is also a freelance photographer and visual artist. She has been involved with several philanthropic and volunteer causes, including Jazz at Lincoln Center, and advisory services to the Litchfield Jazz Festival and After School Arts Program.

Susan Rea is president of the board of directors of Prime Time House, a Torrington-based clubhouse program serving over 300 mentally ill adults. She retired from a career as a corporate psychologist and family therapist. She has been committed to helping Prime Time thrive and grow ever since.

Mary Schinke, after practicing law in New York for many years, opened an office in Roxbury. She has served as vice-chancellor of the Episcopal Diocese of New York and on Committee One of the Episcopal Diocese of Connecticut. She has been on the Board of Directors of New Milford Hospital Foundation, Susan B. Anthony Project, and the Connecticut Community Foundation. Currently she is president of the Board of Regional Hospice and Home Care of Western Connecticut and is on the board of the Minor Memorial Library.

Jerry Schwab, president and chief executive officer of High Watch Recovery Center, has been part of nonprofit health organizations for over 20 years. He is a licensed paramedic and is on the State of Connecticut Alcohol & Drug Policy Council. He has served as a municipal ethics commissioner, a board member of the Pomperaug Health District, and a member of the Connecticut Department of Public Health EMS Advisory Board. He is the co-founder of Empowering Communities WorldWide, which sponsors and organizes free medical aid missions to traditionally underserved African nations.

Jane Slaiby served as school nurse for the Torrington Board of Education for 29 years. She is co-chair of Dining for Women, a global organization that funds grassroots projects in developing countries to fight gender inequality and a member of Beta Sigma Phi, which gives support to local agencies helping the needy. She was a deacon at Center Congregational Church. A devoted supporter of FISH, she supplied food during the COVID-19 epidemic, and made cloth masks for community use.

Barbara Hyde Talbot is a composer, pianist, singer/songwriter, and photographer who has worked in multimedia for many years. Most recently she co-curated the Washington Art Association Sculpture Walk, featuring work by some of the most important artists of the 20th century. As a former trustee of WAA, she is deeply committed to bringing communities together through the arts for educational, environmental, and socioeconomic benefits.

Peter Vaughn, co-owner of House of Books in Kent, is dedicated to independent bookstores. He worked as an architect and assistant to designer Albert Hadley and is owner of Albrizzi Designs, a line of classically modern furniture. He is a founding board member of the Gotham Chamber Opera, founding member of the Planned Development Alliance of Northwest Connecticut, and a member of the Weantinoge Heritage Land Trust.

Chris Herrmann is a film-maker, environmentalist, and LGBTQ activist. His production company Mannic Media has clients as diverse as the Rainforest Alliance, Chanel, and Pearson Education. His documentary films on Martha Graham and Twyla Tharp premiered on PBS. He is the co-founder of the Pride in the Hills Fund that benefits LGBTQ youth of Greater Waterbury and the Litchfield Hills.