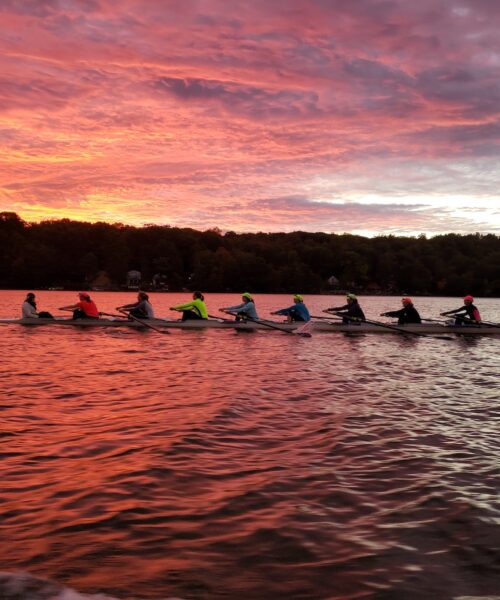 Row, Row, Row Your Boat
Not so gently across the water

They say golf and tennis are sports one never ages out of. Throw rowing in there as well.

Just check out the Litchfield Hills Rowing Club, founded in 1978 to promote the sport for the residents of the area. Sure, the club boasts a vibrant junior membership, many of whom go on to row in college, some even attaining scholarships. But there are also many adults, or “masters” in sportspeak. All ages blend into one harmonious collection of rowers, super supportive of one another and passionate about the sport.

Sue Edelstein makes the half hour drive to the Bantam Lake boathouse on Old North Road pretty much every day during rowing season, basically from early spring until November. She is 68 and looking fit as someone half her age. The reason, she says, is rowing.

“We have a number of rowers 50 and over. It’s a sport for body, mind and spirit. A big part of being a member here is the camaraderie and sense of team that comes from rowing in a quad (four rowers) or an 8 (eight rowers and a coxswain). I absolutely love the sport. It teaches grit, determination and perseverance.”

A.J. Butler, a graduating senior at Litchfield High School and headed for the University of Connecticut, has won medals at several races and competes in the double (two rowers) and quad boats. He was a basketball player, but upon the recommendation of a neighbor he tried his hand at rowing his freshman year at LHS. Soon, the basketball was put in the closet and oars became his closest friends. 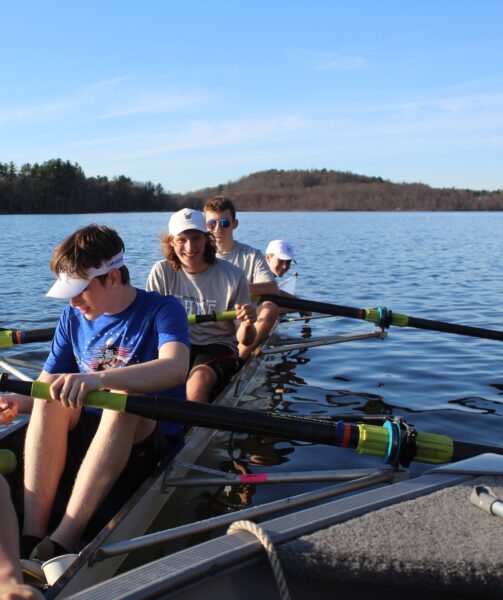 “It is a physical sport yes, that takes a lot of core and leg strength. But it is also mental because you have to push through when you are hurting. The life lessons you learn are invaluable. It can be an individual sport to some degree but you are never alone in a boat and the bond you develop with your teammates is amazing.” He hopes to row with UConn’s club program.

The club’s solar powered boathouse was built in 2009. The LHRC currently has a fleet of singles, pair/doubles, quads, fours and eights, and has additional rack rental space for members. The club has an indoor training facility at 607 Bantam Road.

A major goal of the club is to introduce area youth to the sport of rowing, with the high school program pulling from towns around the region, including Litchfield, Morris, Goshen, Naugatuck, Bantam, and Warren. The junior boats compete in area regattas and races during spring, summer and fall, while also training and competing at indoor “erg” (ergonomic rowing machines)  competitions during winter.

“National Learn to Row Day”, usually in early June, allows adults to try their arms and legs at rowing. Members volunteer and help teach technique, as well as introducing visitors to the club. Individuals can move on to “Learn to Row” clinics (usually six to eight, two-hour coached sessions). Then there is the option of becoming full members. 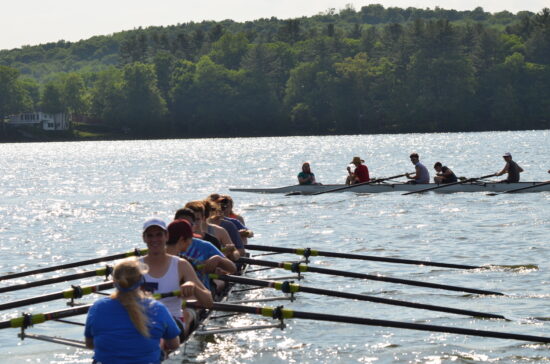 Drew Combs was hired last year to coach the club, coming to the job with impressive credentials. He has worked with a number of college teams and private clubs up and down the East Coast. “I grew up in the area and it’s great to come back close to home. The members wanted someone to take the teams and rowers to new levels and get rid of the stigma that the club is the best kept secret in Litchfield. You give me anyone and I can make a rower out of them.”