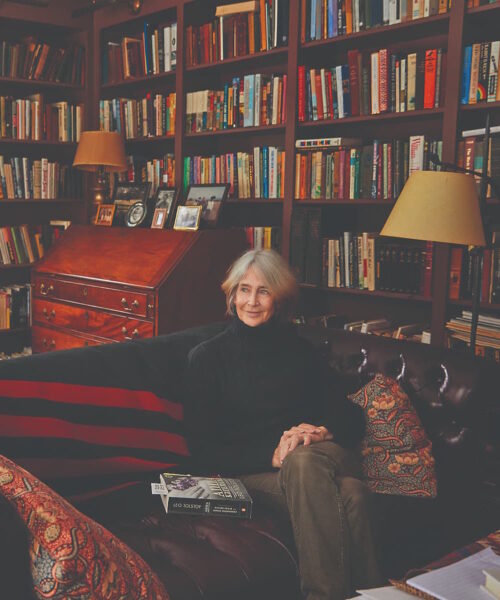 There is no greater heroine in literature than the sensuous and rebellious Anna Karenina.

The experts all agree that it is one of the most important and enduring novels to come out of the 19th century—and one that is the standard used to judge historical fiction. That Tolstoy has endured and is still read by generations of all ages is a testament to his ability to tell a story—a very long story—and sweep the reader up into another world.

William Faulkner called Anna Karenina the best novel ever written, and so does Roxana Robinson, author of six novels, three story collections, and the highly acclaimed biography of Georgia O’Keeffe—and a Cornwall resident.

“I have taught Anna Karenina for nearly 15 years in the MFA Program at Hunter College,” explains Robinson. “I know it well and I love it. The title of the course is ‘Introduction to the Modern: The Role of Compassion.’ All my students want to be writers and they should know who their forebears are: Tolstoy, Flaubert, Chekhov, Horton, Wolfe. Their books are so influential and young writers must learn about them.”

During this pandemic, as we have all searched for new diversions, the Cornwall Library has created “Cornwall Reads Great Fiction,” a nine-week virtual course on Anna Karenina with Roxana Robinson. The course began on January 12 and runs through March 9. To date, over 108 people have signed on—including myself. After the introductory session attendees are asked to read 100 pages a week and be prepared to listen, learn, discuss, and ask questions.

“I consider this book to be one of the greatest novels ever written,” says Robinson, “better than War and Peace. “It’s Tolstoy’s compressed response to the great questions he found in the world and I don’t know of another novel that addresses those questions in such a large and intelligent and compassionate way.”

There is no homework excerpt for the reading but involvement is encouraged.

“I want participants to mark down things that strike them,” Robinson says. “It can be about language, relationships, words or phrases that require explanation. I don’t want this to be just a lecture course.”

As for the recommended translation by Richard Pevear and Larissa Volokhonsky, it has been lauded as a superb rendering of Tolstoy’s work and they have been called the reinventors of the classic Russian novel for our times.

“Pevear is an American and Volokhonsky is Russian and they are married to each other,” explains Robinson. “It’s much richer having two people’s distinct sensibilities about the language.”

Robinson has recently published a piece for The New Yorker, excerpted from her foreword for the new edition of Georgia O’Keeffe, which includes recently discovered letters from the first really important man in the artist’s life. Additionally the paperback edition of her novel Dawson’s Fall is about to be published.