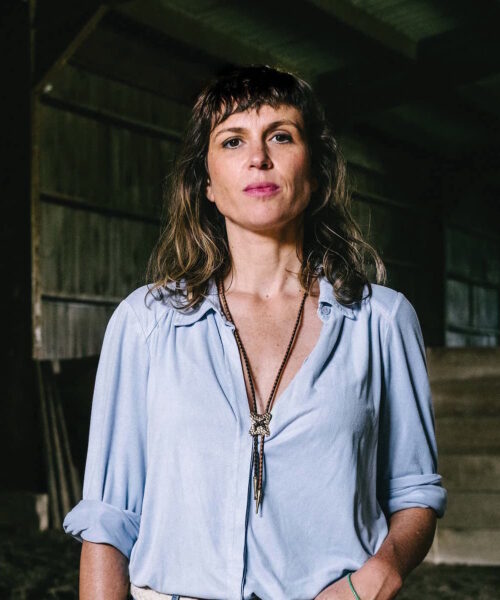 Power of the Horse

Courtney Maum seemed to have it all. She was 35, a successful novelist, married to a filmmaker, and the mother of a beautiful baby girl. It was all quite wonderful. Until it wasn’t. Two years later she knew something was wrong. She was plagued with insomnia, couldn’t write, or move beyond her depression.

“At 37 I didn’t know what depression looked like,” Maum recalls, “but I refused to admit that it could look like me. That I felt sadness was undeniable, but I felt no right to claim it.”

Unable to function normally, Maum entered therapy and sought to reassess her life and try to discover what might bring her a sense of peace and joy and restore her equilibrium. While exploring her life, Maum was taken back to her childhood. She recalled her affinity and love of horses and riding, which all began with the giant carved rocking horse she had received one Chrstmas. The following year, when she turned six, Santa delivered a real pony and for the next three years riding was the center of her life. That all ended through a combination of unexpected events, including her younger brother’s illness and seizures and her parents’ divorce. Maum did not get on a horse until she was 38 years old.

Maum not only mastered the art of riding a horse again, but also took up polo. She recounts her journey from depression to rediscovering the joys of riding in The Year of the Horses: A Memoir. 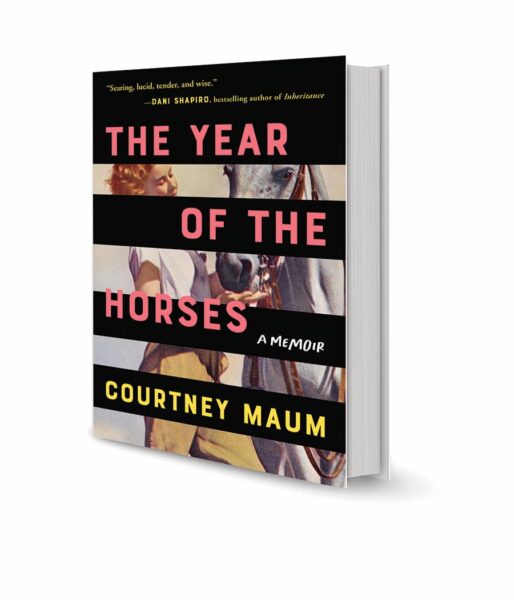 While as a writer of fiction, it was a challenge to write in a different genre, she has brilliantly recounted her life before and after horses. She is now the proud owner of a 1200-pound abused race horse. While she goes to the barn five times a week many of the visits are devoted to acclimating the animal to a new life.

The Year of the Horses will resonate with anyone who is hesitant to venture beyond one’s comfort zone. Maum encourages the reader to just do it. She is about to embark on an extensive book tour, from local stops like her hometown Norfolk and Kent to Florida, Kentucky, and Tennessee. Meanwhile she is continuing to offer The Cabins, a collaborative retreat she began in 2016. It brings together artists from all disciplines to challenge and enrich each other’s work and to think outside the box.

“A group of nine people meet for four nights and five days and each has to teach a master class of their choice, and learn problem-solving techniques. The most recent one ran in February and was a great success. I am hoping to start a west coast edition in the California desert.”

She continues to offer her services as a writing coach and hosts “Beyond the Writing of Fiction,” a conversation series that takes place at The Mount, Edith Wharton’s celebrated home in the Berkshires.

And while Maum was skeptical that she could write a memoir at all, much less one that would resonate with people of all ages, The Year of the Horses has proved her wrong. It is a book about bravery, encouragement, and belief in oneself.

Since 2007 Maum, her husband, and daughter have made their home in bucolic Norfolk.

“I’m a Connecticut native,” says Maum and I love it—returning to my returns but on the other side of the state. There’s a great public school, a general store, a library, and a post office. We have an amazing community that is so supportive of the arts.”