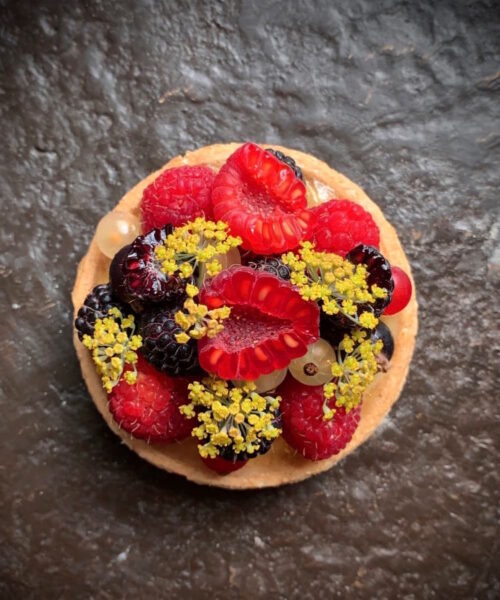 Some people claim they don’t like dessert. Anthony D’Amelio loves to change their minds. “Customers will come in and tell me they ‘aren’t dessert eaters,’” he says, “but I will still send them out a little something, a complimentary macaroon, a scoop of ice cream, a bonbon, and that usually does it. Every time they come back they order dessert.” 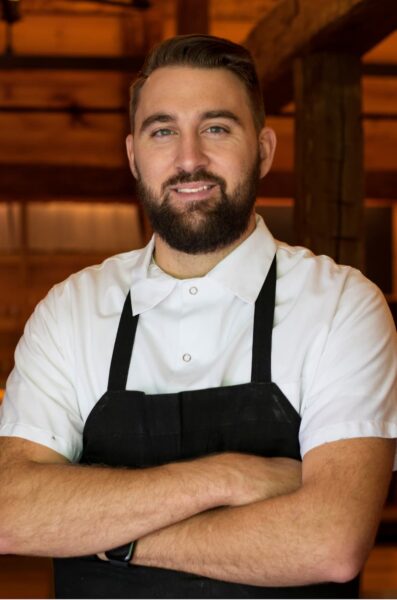 D’Amelio is the pastry chef and baker at Swyft Restaurant in Kent. The desserts and breads he makes have turned what many people see as a sideshow when dining out, into the main event. A veteran of famous restaurants such as Mercer Kitchen, Payard—where he learned to make his wildly popular macaroons—and Jean-Georges, as well as a graduate of the French Culinary Institute in New York, D’Amelio wants diners to understand that desserts are not about sweetness. “Most people think of desserts as sugar but I try to achieve a more balanced flavor using fresh local ingredients and inserting multiple components that complement each other.”

This complex layering of textures and tastes was something he learned while cooking in France. “My cheesecake looks like a candy bar because it’s covered with white Valrhona chocolate, but when you eat it there’s an almond crust on the bottom, then a cream cheese layer infused with Meyer lemon, and a topping of mousse flavored with coconut. The crunchy and the smooth, the light and airy, the sweet and the acid, blend perfectly together.”

While he is passionate about pastry and bread-baking, D’Amelio is also justifiably recognized for his ice cream and sorbets. “I’ve even had customers come in here and ask me to open up a gelateria here in Kent.” But don’t expect to return each time and be served the same item. This talented patissier changes his menu regularly according to the season and availability of ingredients, which he sources from as near as Rock Cobble Farm in South Kent and as far as Sicily.

“I’m an impatient person and get bored easily. I love to experiment and always want customers to have something new on their palette.”