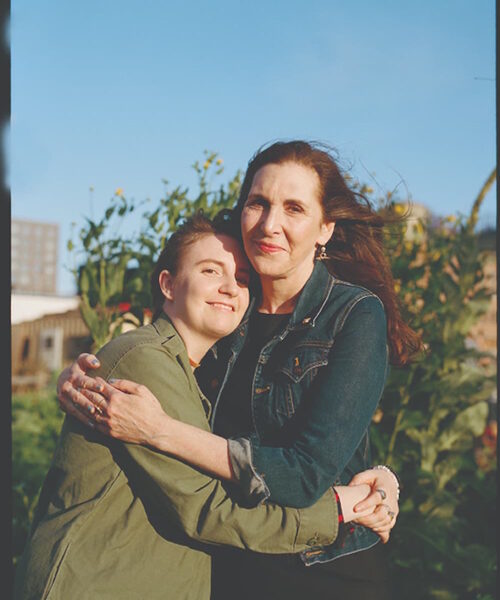 As a renowned still photographer, Laurie Simmons never photographed people. Her intricate tableaux included dolls and dollhouses, dummies and puppets, yet never a human being. Until 2005.

“I have always loved film and movies so much and am passionate about music and musicals, yet I was never able to segue from still photography to creating movement. But I had this itch about filmmaking and I wanted to say goodbye to a period of my work.”

And thus was born “The Music of Regret,” which premiered at the Museum of Modern Art in 2006. Recently it was shown at the Cornwall Library and featured a virtual conversation between Simmons, at home in Cornwall, and her daughter Lena Dunham, quarantined in London.

It is a short film—40 minutes long—and consists of three acts featuring Child Craft hand puppets from the ‘60s and one human—Meryl Streep. “I’ve known Meryl a long time,” says Simmons. “We met when she first started dating her husband Don. I have tremendous admiration for her and we have a friendship. But that doesn’t mean she will yes to being in a puppet movie.

Before I approached her I wrote all the lyrics and Michael Rohayton wrote the music and we recorded it. Adam Guettel, grandson of composer Richard Rodgers, was going to be singing the part of the dummy. When I approached Meryl I had a tape deck and played all the music for her. She was either going to respond positively or not.”

“Meryl likes to sing and has the voice of an angel. She is super sympathetic to artists’ travails and I think she saw it as an interesting fun project.” Simmons had not seen the movie for a few years and had some apprehension about the screening. “I was afraid I wouldn’t still like it, but I did. I was happy to be able to revisit it.”

Dunham felt the same way. “I didn’t realize how much I missed this movie until I saw it again. It was an amazing walk down memory lane. The emotion of regret is something that a 19-year-old girl can’t tap into, but a 34-year-old can. Getting to see how you made your movie was my entry into my own moviemaking.”

“The Music of Regret” was filmed in Simmon’s apartment, as was Dunham’s first film.

Simmons went on to make a second movie and is now thinking about her future during this pandemic. “I call it my one age of enlightenment,” says Simmons. “It has been a period of reflection for me, but I can’t go in and make anything new and one needs courage to get through this period.”