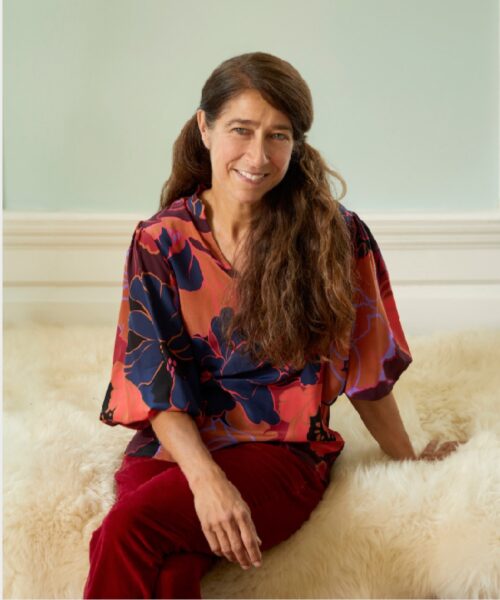 Have Will, Won’t Fail: A Roxbury Author’s Debut

“Everyone said I’d never be able to grow these in Connecticut,” Kerri Arsenault explains as she gazes upon broad stands of lupine with grape-colored spires. The flowers are sprung from seeds she carried from her native Maine to her home in Roxbury, shortly after she moved there in 2013. “Hah,” she concludes with a laugh. “I guess they were wrong.”

One would be wise not to doubt Arsenault, whose authorial debut, Mill Town: Reckoning with What Remains, is released this September. Her ferocious talent is visible on every page and, in person, self-assurance emanates off her like steam off hot coffee. But even those qualities do not entirely explain her triumphant entry into the literary world at age 53, and she ponders the question. “It’s will,” she writes later from a midday run on a 90-degree day. “That’s the word!”

A legacy of determination and doggedness derives, in part, from her Acadian—French settlers to the maritime provinces of Canada—forebears, who eventually moved to the timber forests of interior Maine along the Androscoggin River, settling in the town of Mexico. Like most people there, generations of Arsenaults toiled for the paper factory that was the mainstay in town. All the while, dioxin from the paper bleaching process slipped invisibly into the air, earth and water, leading to massive spikes in cancer rates in the local population. The connection between toxic waste and cancer deaths has never been officially acknowledged by either the industry or the government. Mill Town is an engrossing hybrid of memoir and environmental detective story, and Arsenault’s deeply personal investigation into what she deems a fundamental conundrum of working-class American life. “Sure, people got great wages and decent lives, but they were also being poisoned by the industry that sustained them,” she says. “It’s very complicated.”

The path from Mexico, Maine to the center of Roxbury was also complex, a series of twists, turns, and fateful coincidences. Along the way, Arsenault had 86 different jobs, including ski instructor, donut-maker, and furniture refinisher. In 2001, she married Andrew Wood, an officer in the Coast Guard—who has since retired. Arsenault had studied journalism at Beloit College and dreamed of being a war correspondent. The itinerant thrill of military life—relocating to Curacao, Sweden, Washington, DC, and Berkeley, California—fed her imagination.

Twelve years ago, she resolved to devote herself to the work she’d been aching to do all along, and began an MFA in creative writing at New York’s The New School. “I had always wanted to be a writer, but being from the working class, I wasn’t exactly sure what that even meant,” she says. In the spring of 2013, the couple fell in love with a 1784 colonial in Roxbury known as the Parsons House. The estate was having a yard sale the day of their visit, and the couple saw two pairs of boots for sale. “They fit and we bought them—and the house,” she relates on the sign from the universe that sealed the deal. She had no idea that Roxbury was the longtime rural respite for literary giants such as William Styron, Arthur Miller, Frank McCourt, and Gay Talese.

Her ancestral hardiness is an asset to life in Litchfield County, in particular when home is an antique with 300 year-old trees and wild, expansive grounds. One senses that Arsenault does the work of cultivating her garden with relative ease, tossing arugula seeds here, digging the earth for wildflowers there. With hands that are genetically programmed never to be idle, her writing breaks are spent in motion: pruning an apple tree with a chainsaw, cleaning the old walls of Roxbury’s Hodge Library—where she served on the board—with vinegar and water, or preparing a spectacular Middle Eastern dinner for her legions of friends and neighbors. “This small town just feels right,” she says. “There is a huge community support system, which has been great.”

As her book tour gears up, life will likely take some unexpected turns, much like the course of the Androscoggin River she both loves and mourns in Mill Town. Always hungry for a challenge, the latest includes the recent purchase of a guitar, which she will teach herself to play, and play well. “If I take on something, I’m going to give it 110 percent,” she says. “It’s how I grew up.”

Have will, can’t fail. One senses that at the tender age of 53, Kerri Arsenault is just getting started. 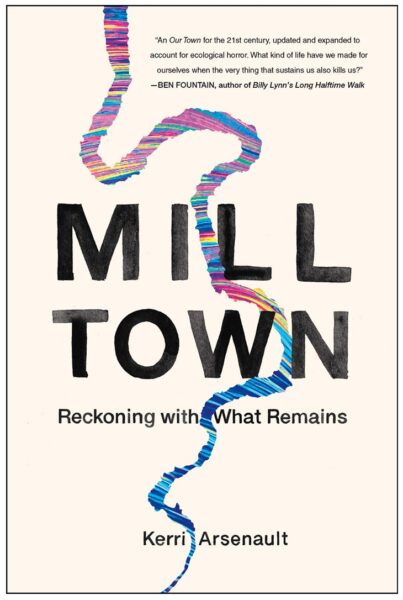