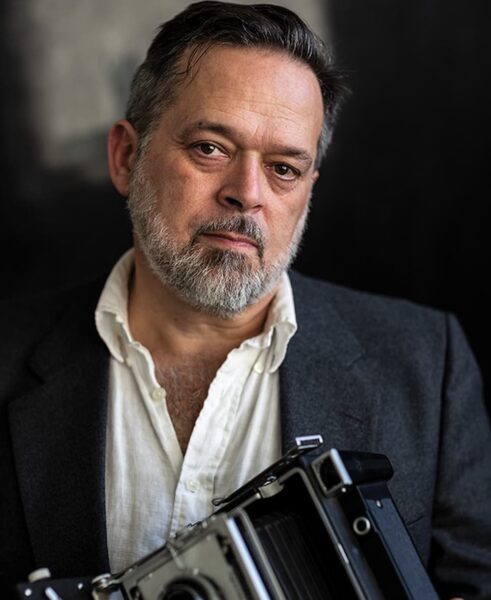 Portrait of Theo by Maria Baranova

Artists have the ability to show the rest of the world the things they might have otherwise not noticed or to reinforce those things we feel most passionately about with even more emotion. That is the essence of Theo Coulombe’s gorgeous landscape photography: He can capture the image of a scene one might have passed by on numerous occasions and then endow it with a majesty and beauty that makes it unforgettable. 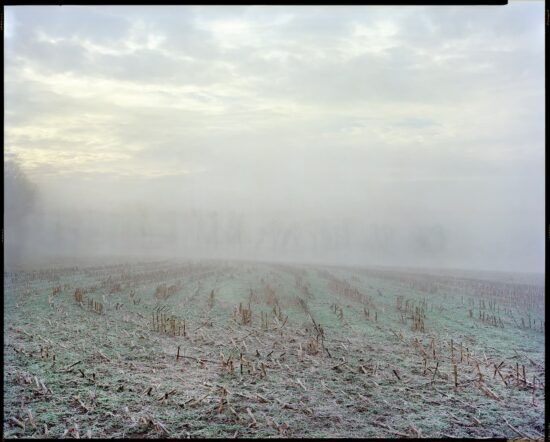 “I need to really get to know a place before I feel comfortable bringing out my camera,” he says. “I’m not a tourist. It’s important to have a connection, a sense of belonging to where I am.” Rising before dawn every morning he sets out in his car scouting through the countryside of the Northwest Corner for inspiration, returning to remembered locations or serendipitously happening upon new ones to photograph.

“I’m not looking for perfection,” he says. “I am looking for what moves me. I am particularly attracted to the interplay of shadow and fog in nature. I am looking for certain visual cues—texture, depth, color, contrast.” 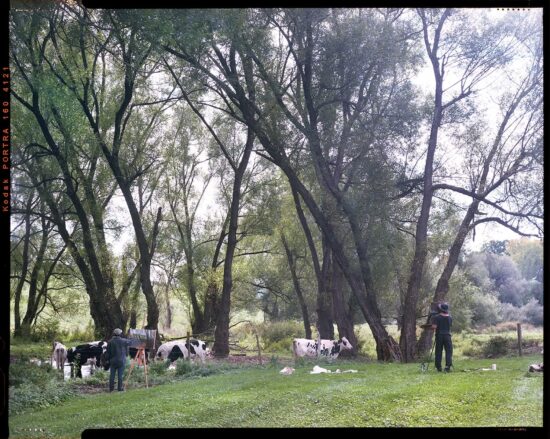 In an age of iPhones where anyone can snap a photograph, Coulombe is a throwback to less digital—and more complicated—practices. “I use two cameras—a Deardorff from 1938 and a 1936—both of which weigh 8 lbs. These are 8 x 10s with a reduction back that can give me a lot of different effects.” It can take Coulombe about 10 minutes to set up and break down a shot, but the actual exposure time can be as long as 45 minutes. “If I don’t move fast enough, I can miss it. I only give myself one sheet for each shot. It’s not like I can come back tomorrow. Once it’s gone, it’s gone.”

After years of working in Williamsburg, Brooklyn—with sojourns in Hungary and Japan—Coulombe relocated to Sharon. “It was either Sharon, Sag Harbor, Budapest, or Biddeford, Maine,” he says. “In the end Sharon won. I’m a New Englander. I was raised in Fairfield and worked for the park service in Maine. I love the Berkshires and the Catskills. I am just drawn to the nature and beauty of the area.” 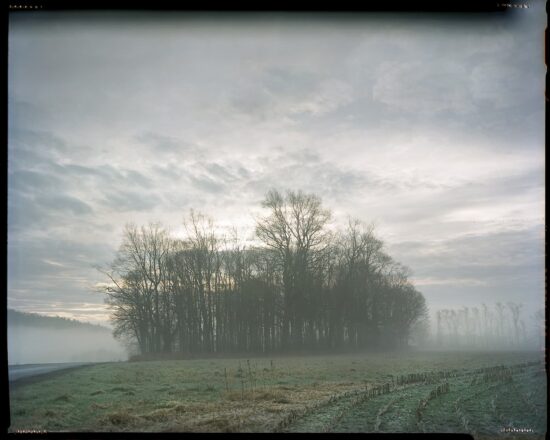 We are standing in the Standard Space, the gallery he opened on Sharon’s Main Street in 2017, looking at some fresh prints of his photographs. One, entitled “Looking ENE from Taylor Rd. NY toward Millerton Rd. CT, 2020,” is particularly striking. It depicts fog covering a landscape that recedes into the far hills with a large tree dominating the right side of the image. It is not classically composed but there is something haunting about it. “I asked a fellow photographer what he thought of it and he said he didn’t like it. That it was off-kilter. But that’s precisely why I like it. I am trying to step away from the artifice of making art. See that tree on the right? I feel like that big dark shadow is my subconscious imposing itself on the image.” 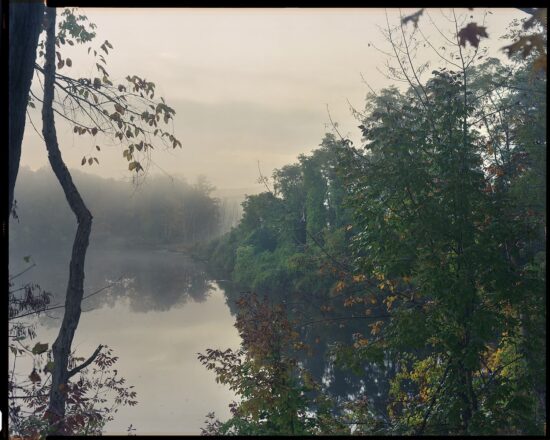 There is an almost Japanese quality to some of his compositions, in the way that objects almost seem to float in space. “I do love Japanese art,” he says, “but I am also hugely influenced by the Hudson River School.” More surprisingly he also cites modernists such as Anselm Kiefer, Gerhard Richter, and Joseph Beuys as inspiration. “I’m also a big fan of Stanley Kubrick. I was rewatching Barry Lyndon the other day and there’s this scene where he’s riding under clouds. It was just dazzling. I was like ‘That’s it!’ That’s what I am trying to achieve.” —theocoulombe.com

Standard Space Gallery Opening ‘What’s My Focus,’ featuring a collection of Coulombe’s latest landscapes.
WHEN: Saturday, January 14 from 5:30 – 7:00 pm
WHERE: Standard Space, 147 Main Street, Sharon
To beat the wintery frost, the gallery will be serving wines and beers.