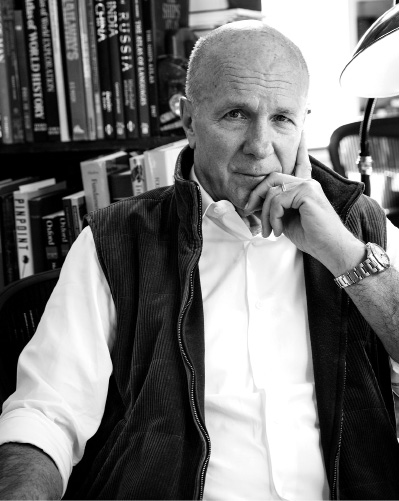 Northwestern Connecticut Community College is hosting a special event featuring best-selling author Simon Winchester who will be speaking about his new book Pacific.

Simon Winchester was born in north London and grew up in the  English countryside, in Dorset. He spent his childhood immersed in nature. He wanted to become a sailor and travel the world, but when he discovered he was colorblind, he decided to study geology and history instead. His love for travel, however, never faded and remains important in his life.

As a young boy, Winchester didn’t think about becoming a writer, but he recently discovered that while he was attending boarding school in the UK, he was required to write an essay as a form of punishment. Someone at his boarding school saved Simon’s essay titled Denizens of the Deep, about the deep sea, fish and corals. And to his surprise, it wasn’t bad for an eleven-year-old.

Winchester is a man of many interests who has travelled the world. While attending Oxford University, Simon became involved in the University Exploration Club, and was the member of a six-man sledding expedition onto an unchartered section of the East Greenland ice-cap in 1965. He worked as a field geologist in Uganda; he was employed on an offshore oil rig in the North Sea for some months; he then became a newspaper reporter and a science reporter, and later was based in Belfast as a Northern-Ireland correspondent for the Guardian. He also became a frequent commentator on and contributor to BBC radio.

His first foreign assignment was in Calcutta to cover the war that led to the independence from Pakistan. In 1972, he went to Washington, DC as an American correspondent. During this time, Winchester wrote his first book, In Holy Terror, an account of his reporting years in Ireland. Following his years in Washington, he was posted in 1977 to New Delhi as India Correspondent, and later moved back to London to work as Chief Foreign Feature Writer for the Sunday Times.

Winchester was captured in southern Patagonia, along with two other journalists and held in prison in Tierra del Fuego, Argentina, for three months. After his release, he returned to England as a freelance correspondent, but not for long for he was offered an assignment in Hong Kong. For the next twelve years, he remained in southern China and covered an area from Siberia to Tasmania, from Burma to Hawaii. When Hong Kong was handed over to China, Winchester moved to New York.

At this point his career took a turn from correspondent to author with the release of his book The Professor and the Madman. The book went on to sell millions of copies, and remains in print today in both hardback and paperback twelve years after publication. Mel Gibson has taken the rights and is turning it into a movie starring Sean Penn as Dr. William Chester Minor, who submitted more than 10,000 entries to the making of the Oxford Dictionary while he was an inmate at an asylum for the criminally insane.

Winchester went on to write many other books such as The Men Who United the States, Atlantic, The Man Who Loved China, A Crack in the Edge of the World, and Krakatoa, all of which were New York Times bestsellers and appeared on numerous best and notable lists. In 2006 Mr. Winchester was made an officer of the Order of the British Empire (OBE) by Her Majesty the Queen.

While living in New York, Simon missed the landscape of Britain. A friend from the NY Times introduced him to West Cornwall in  Connecticut and it reminded him of his happy, rural upbringing in England. After renting for a few years, he bought a home just over the border in Massachusetts.

One of the attractions of living in rural Massachusetts is that there is no light pollution at night. For an astronomer that is important. One night at 3 o’clock in the morning, Simon was observing Saturn through his telescope, it was brilliantly dark. Simon recalled that not far from his home is a place called Wayland where in 1849, Reverend Edmund Sears, pastor of the Unitarian Church, wrote It Came Upon a Midnight Clear, an immensely popular poem and Christmas carol. It was reassuring to know that the night sky was appreciated back then as well.

When asked if there is anywhere in the world he would like to visit, Winchester mentions that he would like to go to Nagaland, a state in Northeast India to see the World War II Cemetery, and the War Museum, in honour of those who lost their lives during World War II during the fighting between British Empire and Japanese troops. Nearly 4,000 British Empire troops lost their lives, along with 3,000 Japanese. Many of those who lost their lives were Naga people, particularly of Angami tribe. Near the memorial is the Kohima Cathedral, on Aradura hill, built with funds from the families and friends of deceased Japanese soldiers. Prayers are held in Kohima for peace and in memory of the fallen of both sides of the battle.

These days, Winchester is busy writing and travelling for his work. He will be going to Europe to visit the movie set of The Professor and the Madman for a few days. He also has an upcoming book tour for Pacific that will take him to Canada, the United States, New Zealand, and Australia. He is currently working on a small book about Oxford University Press with photographer Martin Parr’s photographs of Oxford. Next spring he begins a new book on the history of precision.

A typical day for Simon begins at 5:30 in the morning. While having tea, he looks at what he wrote the day before and polishes it. At 8 am, he prints it out and has breakfast. At 9 am he writes until 4 pm, skipping lunch. Then he goes for a run or does some form of physical activity. From about 5:30 to 6 pm, he prepares for the next day. Dinner is at 8 pm.

Winchester spends 18 months on each book—about 1 year doing research, 6 months writing, and 3 months editing. On the top corner of his computer screen is a counter that keeps track of his progress on a book. It displays how many words he has written up to date, how many more to go, how many days until the manuscript is due, and calculates how many words he must write each day to meet that deadline. If he surpasses his daily word count, he can take a day off from his work routine. This rigorous routine explains part of his success as a prolific writer. The discipline and structure create an environment that allows him to focus on his writing.

His place of work is a beautiful barn on his property filled with books, maps, globes, atlases, and artwork. Two computers sit perched on desks amid the piles of books, comfy chairs, and a tall map cabinet. His property is surrounded by beautiful old stone walls, and his home is well-placed overlooking the landscape. He has chickens and geese. Inside the beautifully decorated house is another room full of books but this is the library, where one retires for reading for pleasure. Unlike the haphazard stacks of books in his work studio, the library books are arranged neatly in custom book shelves along two walls of the room. There is a large telescope in the sunroom and in the living room is a large, historical, black and white photograph of Mount St. Helen’s erupting. Winchester finds it amusing that the image hangs above the fireplace.

Simon Winchester met the program director of Northwestern Connecticut Community College through his wife Setsuko Sato who was having an exhibition there. She is a ceramist who is working on a project about Japanese internment in the U.S. He enjoyed meeting the director and the students and is happy to participate by giving the talk at the school. He will be discussing his new book Pacific and most probably touching upon his other books.

In telling the story of the Pacific, Simon Winchester takes us from the Bering Strait to Cape Horn, the Yangtze River to the Panama Canal, and to the many small islands and archipelagos that lie in between. He observes the fall of a dictator in Manila, visits aboriginals in northern Queensland, and is jailed in Tierra del Fuego, the land at the end of the world. His journey encompasses a trip down the Alaska Highway, a stop at the isolated Pitcairn Islands, a trek across South Korea and a glimpse of its mysterious northern neighbor.

Winchester’s personal experience is vast and his storytelling second to none. And his historical understanding of the region is formidable, making Pacific a paean to this magnificent sea of beauty, myth, and imagination that is transforming our lives.

For more information about the author, visit his website: simonwinchester.com