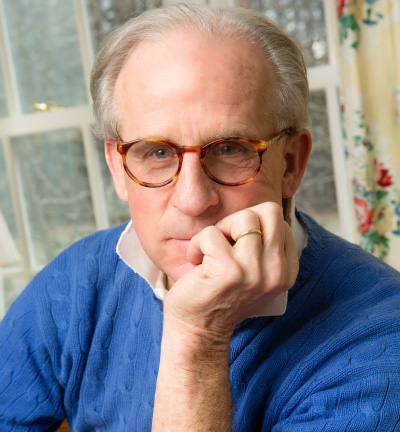 Through his mentoring programs, local resident Jake Horne guides students through greater self-awareness as they transition from highschool into college and onto a successful career path.

Jake Horne runs The Student Compass in Litchfield, a mentoring organization for young millennial and Z Generation students. From the college application process to mentoring and career planning, he helps students sort out how to get to where they want to be in life. The organization is broken down into 3 areas which are a blend of individualized mentored programs. One is a mentoring model for college students offering one-on-one mentoring over time. Another is for high school students interested in a Gap Year Program. And the third is a mentoring program for small groups, includinging workshops series, often for under-sourced inter-city kids.

Vince Pappas is a 23-year-old who recently graduated from Dickinson, a liberal arts college in Pennsylvania. He attended the Forman School in Litchfield and in his junior year began college counseling with Jake Horne. “Jake found me and helped me to flourish.” Vince found Jake easy to talk to as they discussed his interests, and  helped him to figure out what he would want to take in college. They worked on this for 5 years, which Jake Horne says is an ideal model. They started off on how to mold the college admissions essays, how to choose courses, and what trends are coming in the future, such as 3-D printing and artificial intelligence.

Vince says he is an “ideas guy”, a late millenial with a fertile mind and a strong sense of independence. He is data-driven and tech savvy—a metaphor for thinking ahead. He has already developed a tutoring app called GUURU and he has run his own clothing line. “I am an entrepreneur.”

Since graduating from college, Vince has been working at Breeze, a flexible car-leasing platform,  for 3 1/2 months and is already thinking, “what is my next step?” For his generation, staying at a job for the longterm is not realistic. Things have changed considerably in the job market over the last ten years and Vince is constantly enhancing his skill set—he recently took a course on product management.

Jake and Vince continue their mentoring relationship even though Vince is now out of college and working. They have a regular Skype appointment every other Saturday, and every few weeks, they meet regularly in Boston or talk on the phone. “It is the ultimate mentorship,” says Vince. “Jake makes me feel important. He is like a father-figure. He pulls the creativity out from within me.”

Not all students are as lucky as Vince Pappas. Most kids go through the most important transitions of their lives with minimal guidance from family members and teachers. Kids will talk to Jake about their concerns, but not so much with their parents. For a highschool student, thoughts on graduating, how to get into college, how to transition to college, how to manage themselves with new independence are huge concerns, and then “Now what?”

“Colleges don’t offer advice on how to use your interests. Rapid change will happen, being driven by the economy, by sociology, and those changes bring new jobs and new careers. Colleges are not good at orchestrating a longterm direction.” If a child has an interest, Jake Horne asks, “Why? Where does the interest come from? Is it your parents’ idea? Or is it yours? He says it is a reflective process. “Unpacking who I am, unthinking who I want to be. This is something you need to learn when you are young because you will have to do it over again and again, all your life,” he explains. And the constancy of reflection needs to be reinforced later on as well.

“I truly believe we are in the midst of huge change. A big wave is heading our way. Substantial fluxes in the distribution of wealth, social dislocation, substantial changes in the environment, housing issues in cities, the pressure on all systems is already there. It will require talented young people to redesign and rethink because all is fragile. This generation of kids will be good at it. The connectedness of things, this new generation, they are inheriting it.” Jake Horne sees opportunities for architects, designers, engineers, and active problem-solving in a more global way.

Jake Horne was born in Boston, attended public school until 4th grade, then switched to a private school called The Fay School from 5th to 8th grade. From there he went to Simsbury Westminster Prep High School, then Harvard, where he received a Harvard A.B. in Cultural Anthropology. Later, while raising a family with his wife, he attended Trinity College and the University of Hartford and received a Masters in Education and American Studies. Jake spent 31 years in independent secondary schools as a teacher of History and American Studies.

His father was a surgeon and fertility specialist (and the chief medical officer at Nagasaki). Jake’s parents were Unitarians, and were involved with the Charter movement of the United Nations. He was raised with an international philosophy.

His family came from the “Boston Brahmins”—a class of wealthy, educated, elite members of Boston society in the nineteenth century, including many founding fathers. He grew up in this environment, the nobless oblige, where community work was important. As a teenager, he spent some time in Framingham working on farms. “Nobody in this world actually gets there on their own.”

When Jake Horne was a young student, he needed a mentor and had to go find one. He was a seventh generation Harvard student, attending from ’68 to 71, and from ’77 to ’78. Jake took 6 years off between his junior and senior years of college due to “what is the purpose” life-angst, and hitch-hiked across the country. He found different mentors across the country during this period. Red Hinkley was one, an old conservative Vermonter, full of wisdom and circumspection.

During his in-between Harvard years, in 1974, Jake lived on a hippie commune in Maine with a bunch of Harvard students growing soy beans. He later worked in the Massachusetts Solar Energy office on the development of windmills, and then was then hired by the State of Connecticut to develop a hydro-electric power policy. (There are hundreds of small dams in Connecticut.) During this time, he and his wife Lisa lived in the backwoods of Avon. In 1984,  he got a job teaching at the Forman School, stayed there for ten years, then returned for another nine years. In 1987 Jake and his family moved, and he built his own house on 7 acres in Milton, in the town of Litchfield. He built a barn and raised farm animals. He enjoys living in the Northwest Corner, but says the down side is that there is no access to universities. “This is a part of the world that is preserved, safe, lovely, quiet, and nurturing. And as an outdoorsman, I love it here.

The mentoring thing became really important to him after he became a teacher. His learning disabled students were struggling and he became a mentor to them. All of this gave him a certain sensibility: Life is a series of experiences and events.

Much of his mentoring has to do with transitions – between high school and college, between college and career. Jake promotes the Gap Year and encourages his students to open their global vision. “The Gap year is a rite of passage, you learn a lot about yourself. It is very common in Europe, but not so much in the United States. In today’s world, companies are expecting their young hires to be more experienced in differences, in cultures.” Jake believes the Gap Year is an integral piece of the mentoring continuous conversation. He recommends a Gap Year to everyone. He suggests doing language study, culture study, internships, community service, home stays, such as living in Costa Rica. “For growth to happen, it is important for them to be out of their comfort zone.”

Jake is a generalist mentor, unlike commonplace mentors today who are “specialist” mentors, usually in business. Because people grow and evolve over time, Jake Horne believes that the entrepreneurship program should be in every area of the Liberal Arts, not just in the Business Curriculum. As Jake Horne guides his students, the focus is on greater self-awareness, social and emotional changes, self-sufficiency, and affective skills. “I am a humanistic capitalist,” states Horne. “The American impulse is if you want to be successful, you need to be in a technology realm. But what makes that relevant is the application of that technology on our lives. Human skills are needed to be a good leader.”

Jake Horne offers summer workshops on Writing Your College Application Essay. He also gives a presentation on The Relationship Between College, Future Careers, and Trends at community centers, libraries, schools, and other organizations.

For more information, you may contact Jake at 860.921.6158 or visit: thestudentcompass.com