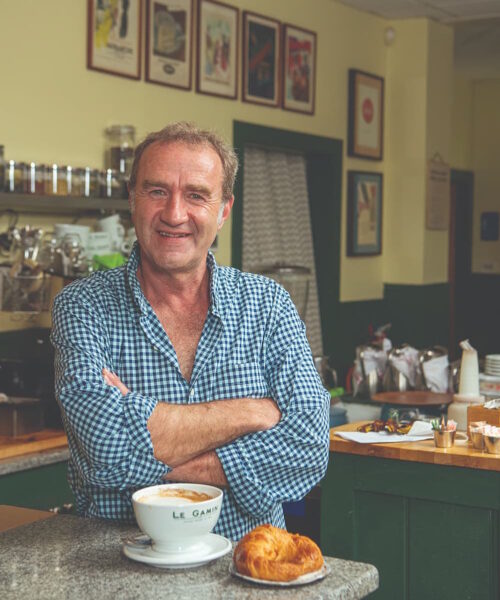 Residents of the Northwest Corner might be excused for thinking that a little bit of France has appeared in our midst. That’s because veteran chef Robert Arbor has opened Le Gamin, what is arguably the best authentic French bistro in Litchfield County. Born in Fontainebleau and schooled at the French Culinary Institute in New York, Arbor has taken over a closed restaurant in Sharon Center and done something wonderful with it. This should come as no surprise to long-time New Yorkers who may remember Arbor’s Le Gamin in SoHo, where the classic cuisine was always unfussy and delicious, and the coffee was served in enormous bowls. (Although the original is gone, there remains another outpost in Greenpoint, Brooklyn.) “I didn’t want to open another restaurant,” he says with a laugh. “But we had recently bought a home in Sharon and I kept driving by this empty space. It was calling to me.”

After opening in February, word quickly spread. Local farmers came by offering him their fresh eggs, milk and vegetables, and local residents descended on him for French comfort food, practically hugging themselves over their good fortune. Not only is Arbor doing a cracking business in take-out—“People call me up and ask for a three-course meal for eight all the time”—but the bistro’s outdoor patio and indoor seating are packed for lunch even on weekdays. Reservations recommended for weekends.

In addition to offering a regular menu ranging from crepes, home-made foie gras (heaven), duck omelettes to croque monsieur, duck confit and l’entrecote, there are always daily specials such as cassolette d’escargots and roast chicken. Throughout the day a steady stream of patrons pop in for coffee, and fresh-baked croissants and baguettes. 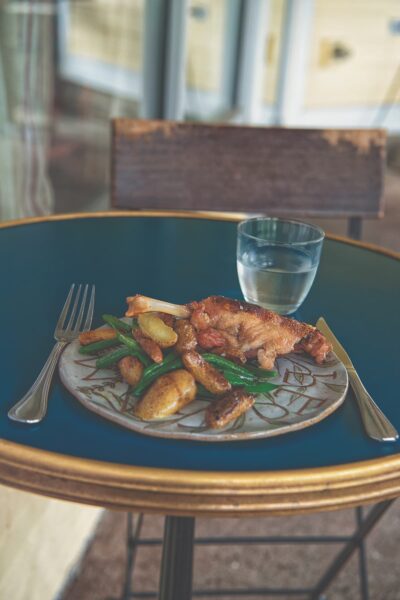 Arbor, who now divides his time between Sharon and Brooklyn, has ambitious plans for Le Gamin and looks forward to working with even more local farmers and getting a liquor license. For the time being, it’s BYOB. “What I am particularly looking forward to is reviving the old MacDougal Street tradition of hosting an annual boules tournament on Bastille Day. That was always a good time.”