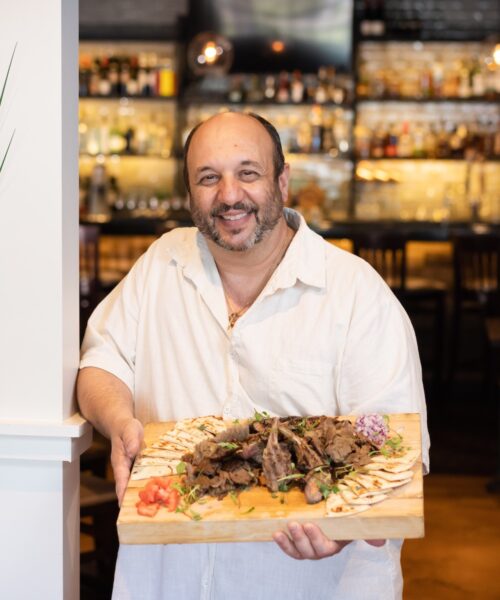 Get to the Greek!

Last November Dino Kolitsas opened his new Greek restaurant, Greca, in New Milford. As events would soon reveal, it was not a particularly auspicious time to be in the restaurant business. Still, for those diners who have discovered the delights of his kitchen, eating at Greca is truly one of the only best things about the annus horribilis of 2020.

Greek food has never enjoyed the popularity in the U.S. of, say, French or Italian cuisine. Maybe it has to do with the difficulty pronouncing such tongue-twisting dishes as melitzanosalata, tzatziki, avgholemono or tyrokafteri. Or it could do with the fact that most Greek restaurateurs open diners serving copious if indifferent fare. But for those who know Greek food—and to know it is to love it—Greca is a revelation.

I consider myself fortunate to have dined at some of the most famous Greek restaurants in New York City, London, and Athens, but never have I enjoyed myself so much as at Greca. The quality of the ingredients, the lightness of the pastry, the freshness of the vegetables, and the reimagining of traditional recipes are a delight to the senses. The moussaka, that sublime combination of béchamel, spiced ground lamb, and eggplant, is too often a disappointing, gelatinous mass. Greca’s is light yet substantial. The ohtapodi (octopus), which when overcooked can be unappetizingly chewy, is perfectly, deliciously prepared. Every other dish we sampled was equally superb. My dinner companion was my college-age daughter, who had never eaten Greek food before and all I can say is that—thanks to Greca—it is now her favorite.

If you love Greek food or simply want to have one of the best meals you’ve ever eaten, I urge you to visit Greca to dine in or takeout. Yassou Dino! Well done!