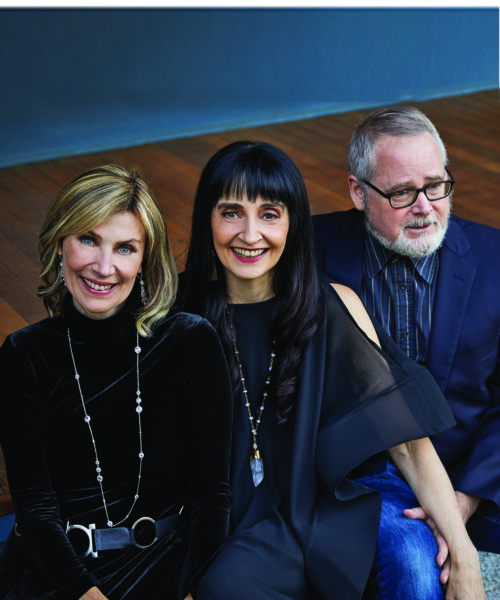 A Choir of Joy

Mustering joy this holiday season will be a challenge for many considering the ongoing global pandemic. As if on cue, a trio of award-winning musicians have a precious and timely gift to share: as part of an initiative to spread joy through music, October Project has released their Virtual Choir of Joy video on YouTube. Emil Adler, Marina Belica, and Julie Flanders were inspired last March as cities around the world came together each night to raise their voices—in solidarity and song—to honor healthcare workers and acknowledge explosions of grief and turmoil across the country; in response, the group decided to offer Joy as an antidote to so much pain in a troubled world. 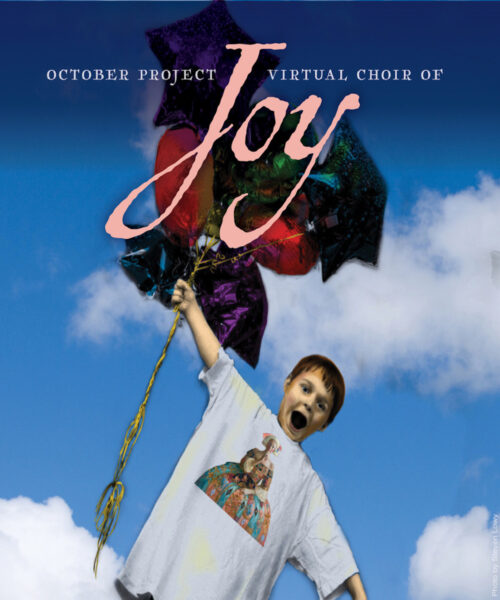 “Expressing the unbridled spirit of defiance to the despair of being locked down” was the animating force behind this collaboration—featuring 163 performers from 15 countries, including one alto saxophone and a sock puppet—Flanders explained. The group’s response to adversity felt natural considering their shared outlet, singing—not to mention breathing—was suddenly deemed dangerous. Participants were curated through an open call on Facebook and the October Project website; well over 200 individuals responded, and 165 recordings were ultimately uploaded including a drum corps from Austin, Texas and a hip-hop dancer from Australia. A team was then assembled to produce the virtual choir video, including local stars Ulrich Vilbois, a video editor from New Preston who has won numerous Emmys for ESPN, and Ed Boyer, a Grammy-Award winning audio engineer based in Ridgefield whose credits include the Pitch Perfect movies and Pentatonix. The video premiered, and the Spotify single launched, on October 30 (hence, the group’s moniker); their ‘Season of Joy’ campaign on social media was geared to carry people through the adjacent winter holidays. 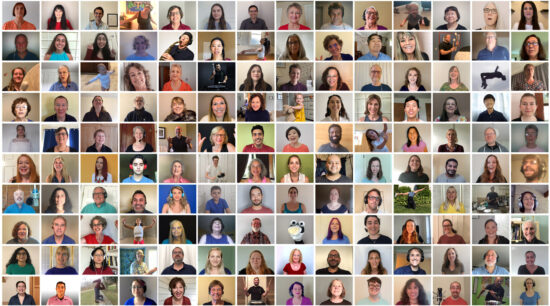 Of course, there were hurdles. “You don’t look like you hope to look, and you don’t sound like you hope to sound,” Belica of South Kent chuckled. On the production side, human rhythms set the tone, not algorithms, and there was no escaping the latency—or technology lag—when joining together over the internet. “It had to be asynchronous, not synchronous,” Belica explains of the virtual choir that, in the moment, served a means to an end: a solution for groups to remember what it is like to sing together.

Creating space to breathe and sing, after months of confinement, has been the epitome of the holiday spirit for the October Project musicians. “Being able to breathe freely is a gift not everyone experiences,” Flanders points out, in a nod to George Floyd’s last words as well as those affected by widespread forest fires on the West Coast. “When you take away breath—even for a moment—you interrupt life,” she adds, drawing a parallel to the “collective gasp” experienced by so many of us, together, over the past eight months. Belica prefers to look ahead. “Joy (The Virtual Choir Version)” is the first single from a new choral recording of The Book of Rounds: 21 Songs of Grace—an entire album of songs meant to soothe and lift the spirit—which will be released over the coming year. As such, Belica wraps her sentiments neatly with a tidy bow:  “We are launching joy as a leap of faith, as a wish we have for today and the coming year.”