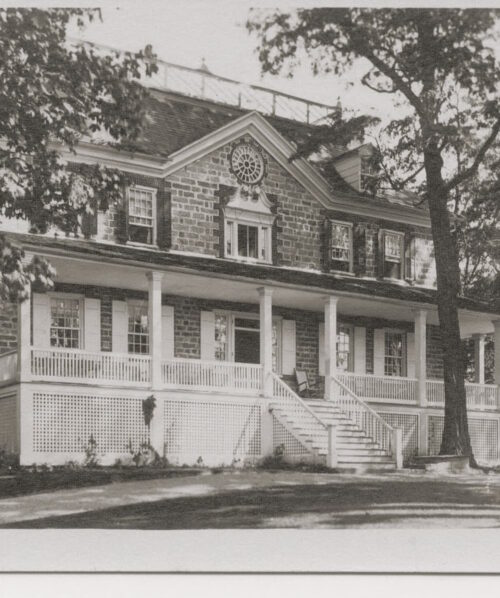 History: The Smith Family of Sharon

By The History Chix

If you live in Litchfield County, you know it is a place rich in history.

Are you familiar with Cotton Mather Smith who resided in Sharon for most of his life in the 1700s? Mather Smith was the preacher of the Sharon Congregational Church where his passion for religion and spreading Christianity was evident.

To provide a bit of a background to Reverend Smith’s eventual move to preach in Sharon, it is important to understand his early years.

Reverend Smith was born in 1731 in Suffield, Connecticut. At the age of nine, Smith heard a speech given by George Whitfield about the revival of religion which was a topic and practice that had grown stale in the American Colonies.

Whitfield’s preaching was so powerful that soon after his Suffield appearance, 500 people joined the local Suffield church and the town became a place which experienced the Great Awakening of Religion. Smith was captivated by that very speech made by George Whitfield, and that sparked him to eventually study under Jonathan Edwards of Northampton, Massachusetts.

Smith found a great passion and motivation for preaching while studying with Edwards who was one of the true founding fathers of The Great Awakening. Smith officially became licensed to preach in 1753 and finally settled in as the pastor at the Sharon Congregational Church in 1755. It was at the Sharon Congregational Church that Smith practiced his gift of sharing religion until his death in 1806.

In his time at the Sharon Congregational Church, Reverend Smith gave over 4,000 talks and sermons in which three of those sermons ended up being published. He was considered a bit of a hero in Sharon. He took care of his fellow townspeople during a smallpox outbreak which affected at least 700 people in his community, and he also served as a chaplain of the armed forces during the Revolutionary War.

Smith was married to Temperance Worthington Smith, and the two had six children. Perhaps you have heard of his daughter Juliana? Juliana was an important figure in The Sharon Literacy Club, and she went on to marry Jacob Radcliff who was the first New York Attorney General, a member of the Supreme Court, and served as the Mayor of New York City in 1810.

Another of Smith’s children was John Cotton Smith. He graduated from Yale in 1783 and practiced law within Sharon. John Cotton Smith then went on to become a member of the House of Representatives both locally and nationally, and eventually became the Governor of Connecticut in 1812. His residence, called The Governor Smith Homestead, is still a well-known landmark on the south end of the Sharon Green. It is even speculated that Noah Webster wrote some of his Blue-Backed Speller (later known as the Merriam-Webster Dictionary) in this home when he was a guest of the Smith family.