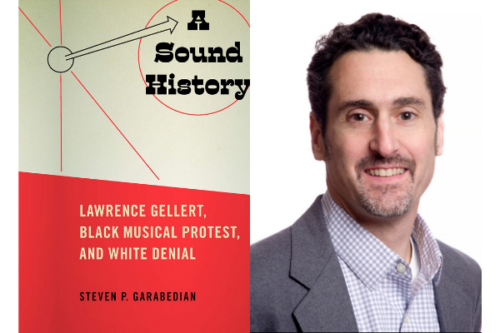 Lawrence Gellert has long been a mysterious figure in American folk and blues studies, gaining prominence in the left-wing folk revival of the 1930s for his fieldwork in the U.S. South. A “lean, straggly-haired New Yorker,” as Time magazine called him, Gellert was an independent music collector, without formal training, credentials, or affiliation. At a time of institutionalized suppression, he worked to introduce white audiences to a tradition of black musical protest that had been denied and overlooked by prior white collectors.

Steven Garabedian is Assistant Professor of History and Intern Coordinator of History/Public History/American Studies. He holds a PhD in American Studies from the University of Minnesota. He is an historian of the twentieth-century U.S., with a research specialization in race, music, and radicalism, and a teaching concentration in U.S. public history and African American studies. He has published articles and reviews in American Quarterly, African American Review, Popular Music & Society, Peace and Change: A Journal of Peace Research, Hudson River Valley Review, Journal of Southern History, Transformations: The Journal of Inclusive Scholarship and Pedagogy, and XCP: Cross-Cultural Poetics.