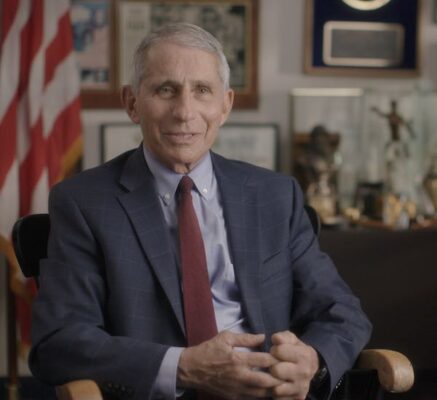 “Fauci” at the MovieHouse

John Hoffman is a six-time Emmy award-winning filmmaker who spent three years as the Executive Vice President of Documentaries & Specials for Discovery after nearly two decades as Vice President of Documentary Programming at HBO. Much of his directing work has focused on the key health issues of our time. They include; The Weight of the Nation, Addiction, Sleepless in America and The Alzheimer’s Project. His last film The Antidote wove together stories of kindness, decency, and the power of community in America. His film Out of Many, One, was a Netflix Original Production which told the story of five immigrants seeking American citizenship and featured Supreme Court Justice, Ruth Bader Ginsberg. The film premiered on Netflix in December of 2018. Rancher, Farmer, Fisherman, which Hoffman directed with Susan Froemke, tells the story of America’s unlikely land and water conservation heroes. The film premiered at the 2017 Sundance Film Festival.  First in Human, a six-hour series about the world’s largest research hospital – the NIH’s Building 10 – was directed by Hoffman and premiered on Discovery in August of 2017.

Tickets are available at The Moviehouse box office or online at https://www.themoviehouse.net/