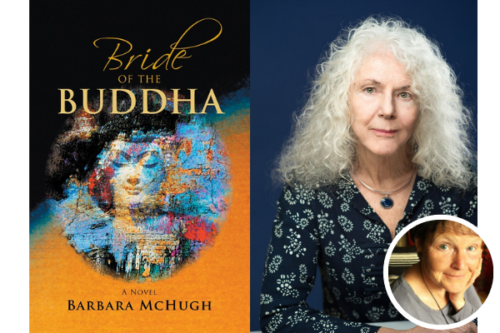 Barbara Mchugh, Bride Of The Buddha

Barbara McHugh, PhD, is a Buddhist practitioner with a degree in religion and literature from UC Berkeley. She is a published poet, writing coach, and book doctor. Her research for this book includes exhaustive study of Pali texts in translation and onsite explorations in India.

Elizabeth Cunningham is the author of The Wild Mother, The Return of the Goddess, both re-released in 25th anniversary editions, as well as How to Spin Gold. She is the author of four collections of poems Small Bird; Wild Mercy; So Ecstasy Can Find You and Tell Me the Story Again. Murder at the Rummage Sale is her debut mystery novel. All the Perils of this Night a stand-alone thriller, as well as a sequel, was released in August 2020. A direct descendant of nine generations of Episcopal priests. She was ordained as an interfaith minister in the Cathedral of St. John the Divine. She balances writing with a counseling practice in the Hudson Valley.